Doctors working to fight Ebola in West Africa must wear full body suits, gloves, and masks in 90-degree weather. They also work with limited resources — one important, but laborious aspect of treating Ebola involves recording medical information on paper. Doctors in a medical enclosure must write a patient's information down, walk to the edge of the enclosure, yell the information to their colleagues outside the tent, and then destroy the paper. Up until now, that was the safest way to contain the disease while transferring information. Now, a new Google tablet that can withstand chlorine sanitization renders that process unnecessary, Wired reports. 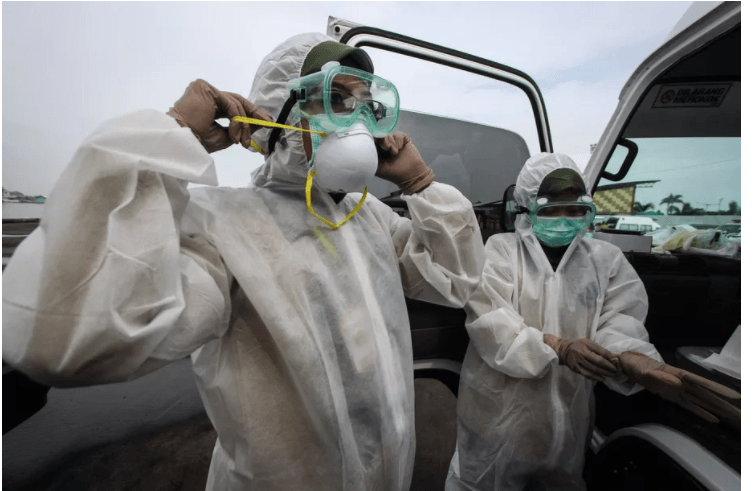 Jay Achar, a doctor stationed in Sierra Leone as part of Médecins Sans Frontières (MSF), or Doctors Without Borders, spoke to Wired about the tablet. Achar works in a high-risk medical facility in the city of Magburaka, and asked his collegue Ivan Gayton to find a more efficient way to transfer medical records. Gayton, in turn, asked developers at Google.org — Google's charitable branch — for a solution. The company responded by creating a wireless tablet that could travel safely outside medical facilities.

THE TABLET CAN WITHSTAND BEING DIPPED IN CHLORINE

The tablet is encased in polycarbonate, a durable polymer often used because of its temperature and impact-resistant properties. Google's tablet can withstand being dipped in chlorine, which doctors in high-risk zones must do for 10 minutes to sanitize it before moving outside high-risk zones, Wired reports.

Eric D. Perakslis, a doctor at Harvard Medical School, is working with MSF to open source the tablet's technology in the hopes that developers will be able to modify the software and hardware design to fight other diseases.

The Ebola epidemic has claimed more than 10,000 lives, according to the World Health Organization's latest report. Although the outbreak is shrinking, and a promising vaccine surfaced in January, donation deployment has been slow, and contributions like Google's tablet take important steps towards eradicating the outbreak entirely.

FOR TUITION, CLASS SCHEDULE, ADDITIONAL PROGRAM/COURSE INFORMATION OR TO
MAKE AN APPOINTMENT, PLEASE CALL (888)625-0059 OREMAIL US