Is There a Better Way to Sterilize Spacecraft? 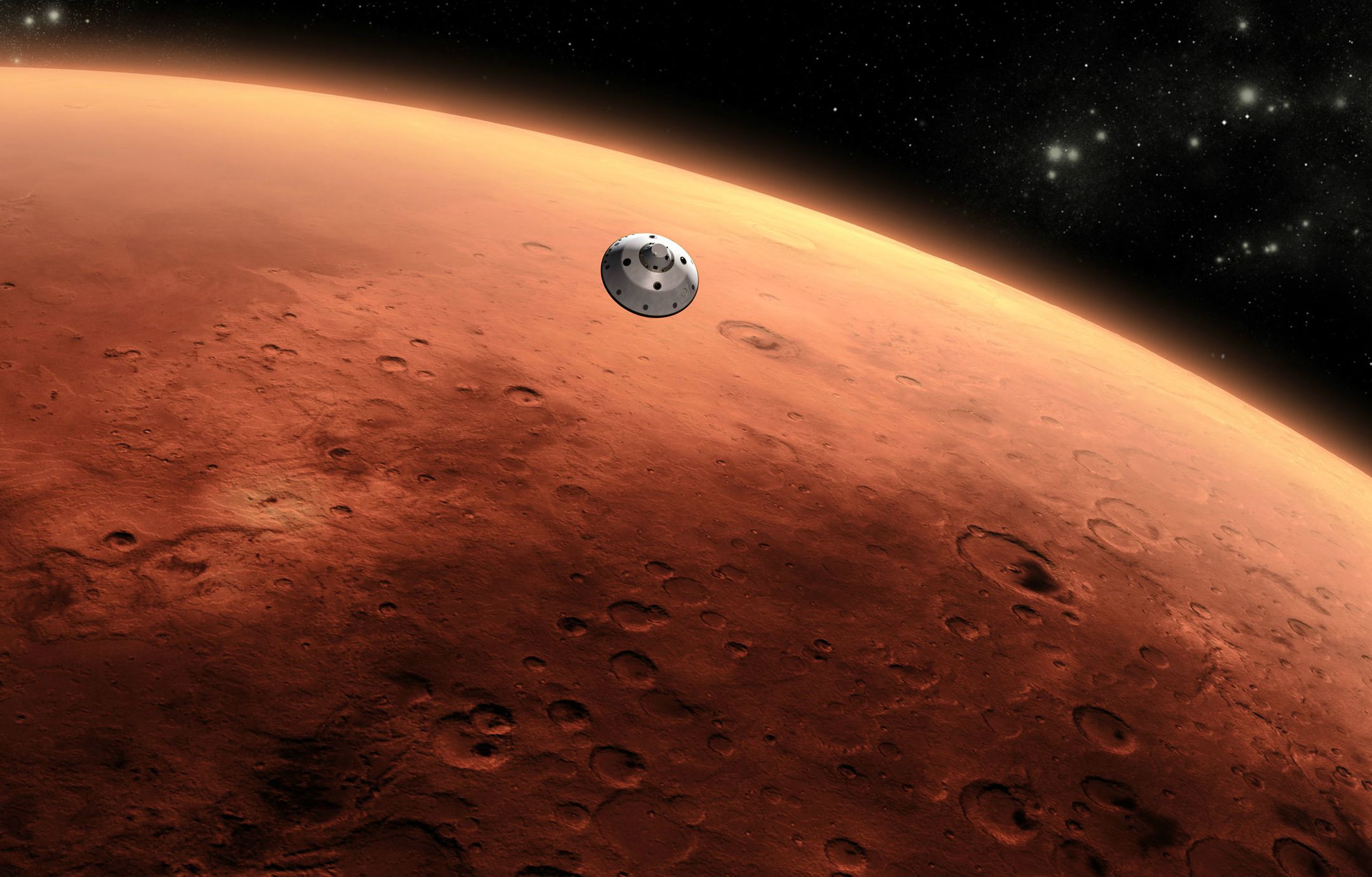 Could NASA send humans to Mars orbit by 2033 and onto the surface of the planet by 2039? The Planetary Society — a nongovernmental space advocacy group — has announced that it thinks this timeline is achievable.

Earth's microbes are a hardy bunch. They can survive in extreme environments, such as inside hot springs at the bottom of the ocean. Some have even remained alive despite being exposed to ultraviolet and ionizing radiation, extreme low temperatures, and the vacuum of space.

This is why planetary protection advocates are so concerned about our exploration of other planets in the solar system. Concerns about the contamination of the icy moon Europa, for example, prompted controllers of NASA's Galileo mission to crash the spacecraft into Jupiter in 2003 so that microbes wouldn't accidentally take seed on what could be a habitable moon.

Nevertheless, despite the best efforts of spacecraft cleaners, some microbes seem to survive conventional cleaning processes. This is why a new method is emerging that uses ionized gas to kill the microbes. [Extremophiles: World's Weirdest Life]

The method was presented at the European Astrobiology Meeting in October 2014, in an effort led by Ralf Moeller, a space microbiologist at the German Aerospace Center (DLR) and Katharina Stapelmann, a plasma researcher at Ruhr-University Bochum in Germany.

"Plasma sterilization is a process not only compatible with modern spacecraft, but it also enables successful removal and inactivation of most resistant microbial species isolated in spacecraft assembly facilities," Moeller wrote in an email to Astrobiology Magazine.

"It is in the best interest of all spacefaring nations and research agencies, such as NASA and the European Space Agency (ESA), to characterize spacecraft-assembly inhibiting microorganisms thoroughly in order to assess their potential for forward contamination, and development of more effective reduction, cleaning and sterilization technologies," Moeller added. 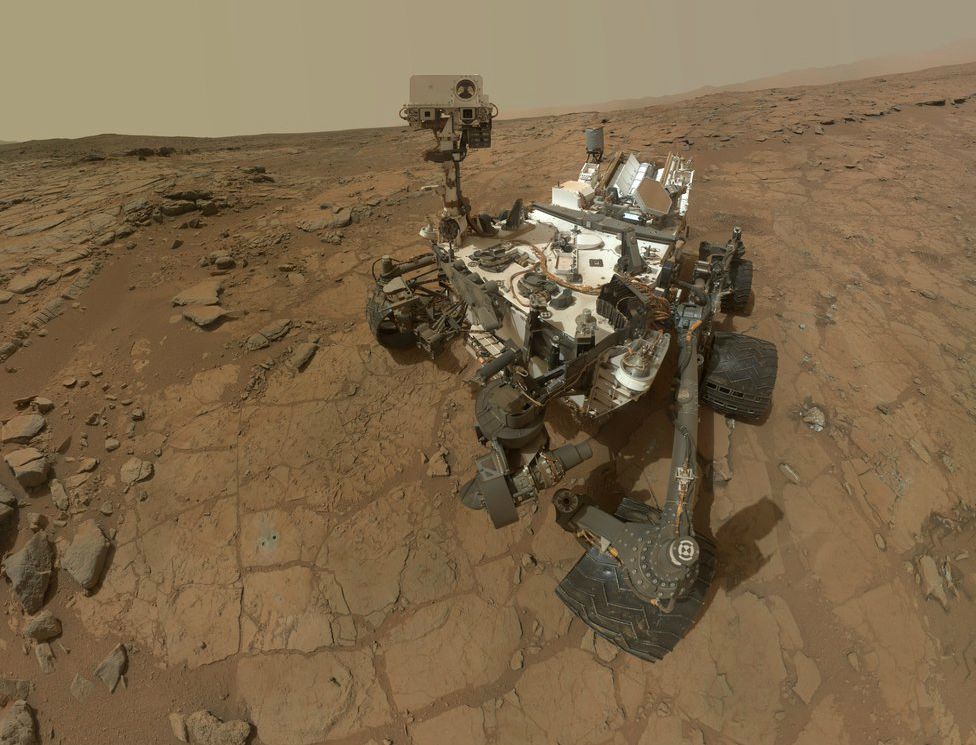 When a NASA mission leaves Earth, it is designed to meet internationally accepted standards for planetary protection established by the Committee on Space Research (COSPAR). COSPAR was created in 1958 by the International Council for Science, a non-governmental organization with members from most of the countries of the world.

The standards vary depending on mission design, noted Moeller. Perhaps a spacecraft is put on a trajectory that won't put it near the planet or moon's environment. Other standards address how it is assembled in a "clean room" on Earth, and how it is sterilized.

For most Mars missions — including fairly recent ones, such as Europe's Mars Express and NASA's Mars Exploration Rovers (Spirit and Opportunity) — scientists examined the microbial diversity of organisms that were left over after these steps.

"In most cases, spore-forming bacteria constituted a dominant fraction of those microorganisms cultivated after heat-shock treatment," Moeller said. [The Search for Life on Mars (A Photo Timeline)]

The standard protocol is to cook the microbes to 176 degrees Fahrenheit (80 degrees Celsius) for 15 minutes, he said. But there are highly resistant bacteria that can survive these treatments. In 2013, astrobiologists from Germany and the United States found a new bacterial variant called Tersicoccus phoenicis in two clean rooms on different continents.

"The presence of Tersicoccus phoenicis and other (spore- and non-spore forming) microbial species isolated from spacecraft assembly facilities exclusively in the cleanroom environments suggests selective adaptation and a significant role for these microorganisms in these environments," Moeller said.

"Microbes residing in the clean rooms during the spacecraft assembly process could gain access to a spacecraft, and possibly survive en route to extraterrestrial systems." 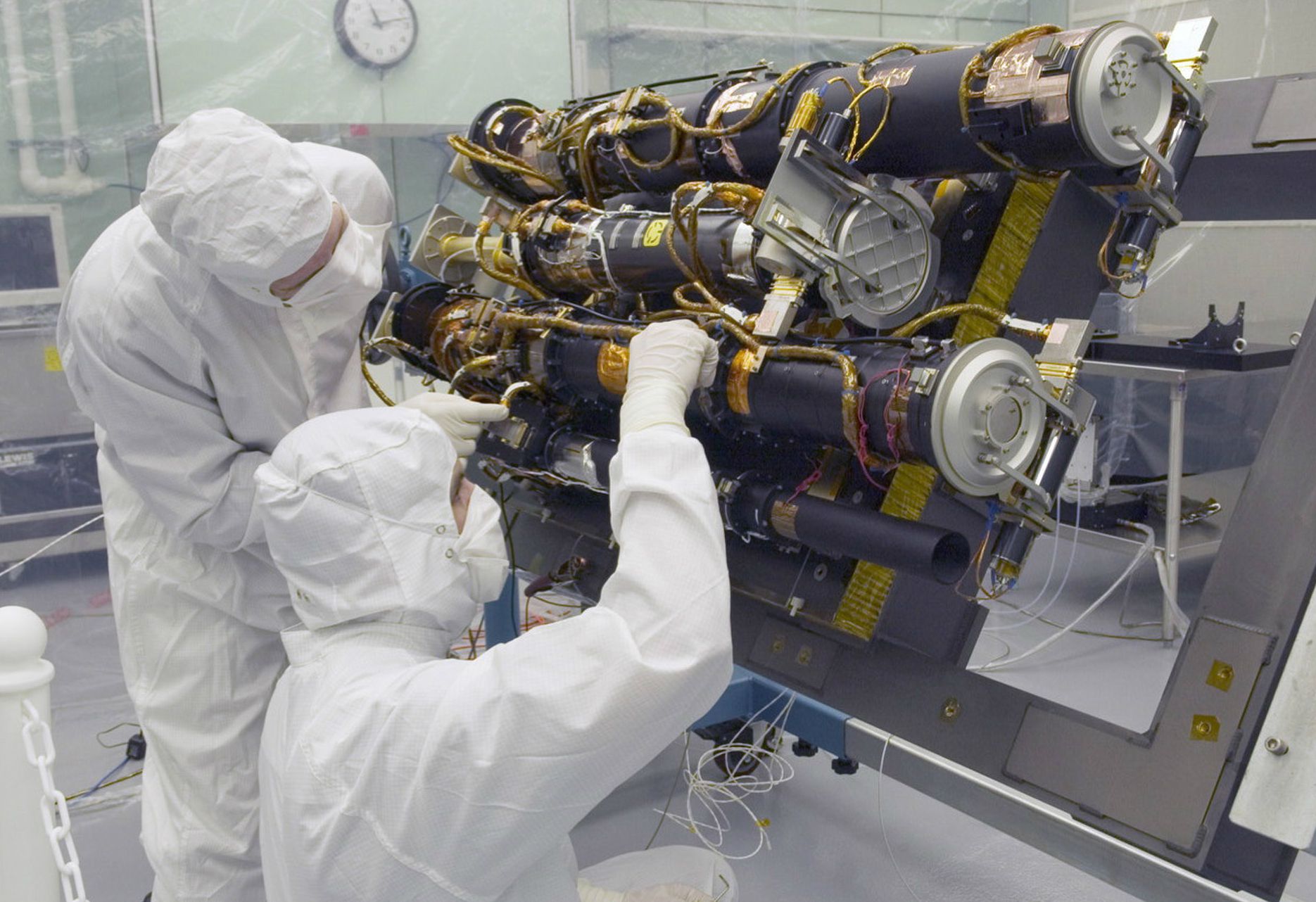 Last year, the researchers presented a newer form of sterilization at the European Astrobiology Meeting. The method involves using plasma — ionized gas — at low pressure on the spacecraft.

"The method is very fast. Full spore inactivation of 100 million of bacterial spores was achieved in five minutes, even with spores of Bacillus pumilus SAFR-032, a space craft assembly facility isolate, which encounters the highest resistance to UV radiation and further sterilization methods," wrote Stapelmann in the same email.

There are other benefits to using plasma. The method doesn't require using toxic or possibly cancer-causing substances such as ethylene oxide; it can be used in small doses; and it appears to be effective against spores from bacteria, fungi and prions (an infectious kind of protein).

Stapelmann's and Moeller's method may take some time to gain acceptance, given that there are already established procedures in place. The current methods of sterilizing surfaces in general (not spacecraft) involve high pressure, high temperature, and radiation through ultraviolet or gamma rays, Moeller pointed out. There are drawbacks to these methods — namely, they can damage the underlying material, leave residues and create microbial resistance.

On spacecraft, there are only two accepted methods so far: dry heat (cooking the surface at 233 degrees Fahrenheit, or 111.7 degrees Celsius, for 30 hours) or using hydrogen peroxide.

"Both methods, either through elevated temperatures or aggressive chemical reaction, are likely to introduce damage to advanced materials, such as electronics and other heat-sensitive equipment," Moeller said. "Plasma sterilization is emerging as an alternative to commonly used sterilization techniques, due to many advantages. It's cost-effective, fast, efficient, and safe in terms of thermal, chemical, or irradiation damage." 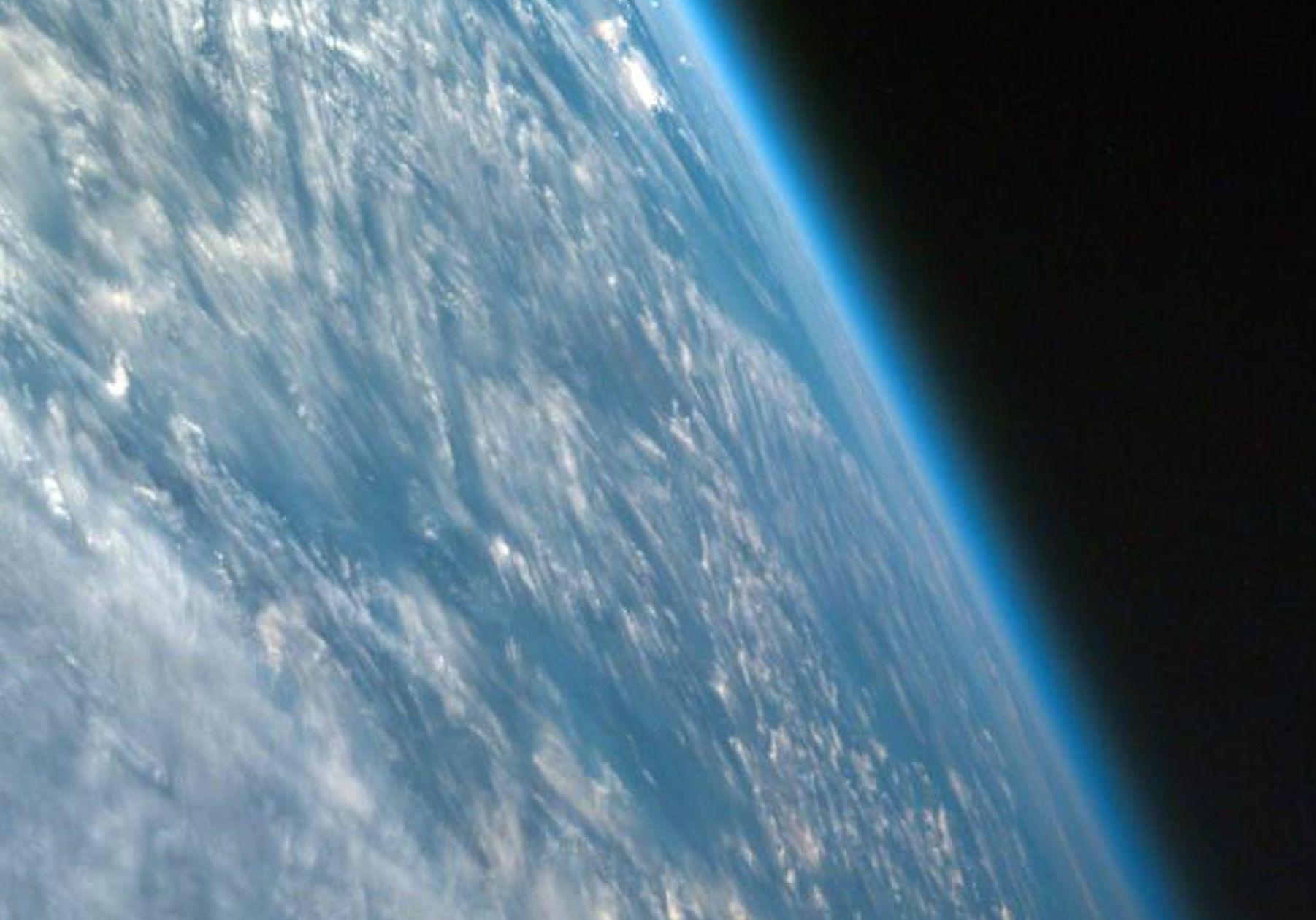 Moeller and Stapelmann are part of a growing community looking at plasma for spacecraft sterilization. Research on using plasma sterilization for planetary protection purposes includes a January 2014 article in the journal Planetary and Space Science called "Cold atmospheric plasma: A new technology for spacecraft component decontamination," led by Satoshi Shimizu at the Max Planck Institute for Extraterrestrial Physics in Garching, Germany. In their study, Shimizu et. al. are using solely the indirect effects of plasma, such as long-living reactive oxygen species.

While both methods are based on sterilizing with plasma, Stapelmann said, they propose using it in direct contact with the spores. The reported results for Stapelmann and Moeller's method are an eight-logarithmic reduction of bacterial spores in five minutes, as opposed to a five- to six-log reduction of spores in 90 minutes with Shimizu et. al.

Stapelmann argues that their sterilization process — which relies on more direct contact with the spacecraft — is more efficient than Shimizu's, as it kills more spores in a shorter treatment time. However, the treatment is harsh on electronics because the electronics are exposed directly to the electric field of the plasma, so Shimizu's treatment would be preferable to Stapelmann's.

Still, Stapelmann said their methods could use improvement as it is considered for use on spacecraft. In general, it is hard to treat a spacecraft because it is small and tends to have metal jutting out in odd ways. Also, low-pressure plasma systems require plasma chambers and vacuum pumps to get the job done, which can add some cost to the project. For using plasma sterilization on the ISS, an atmospheric-pressure plasma is planned, reducing the costs and the footprint of the system.

Beyond space exploration, Stapelmann points out that there are other uses as well.

Read more details about the commercial use in this paper from Plasma Processes and Polymers, called "Plasma Sterilization of Pharmaceutical Products: From Basics to Production." It was led by Ruhr-University Bochum's Benjamin Denis.

This story was provided by Astrobiology Magazine, a web-based publication sponsored by the NASA astrobiology program. Follow Space.com @Spacedotcom, Facebook and Google+.

FOR TUITION, CLASS SCHEDULE, ADDITIONAL PROGRAM/COURSE INFORMATION OR TO
MAKE AN APPOINTMENT, PLEASE CALL (888)625-0059 OREMAIL US